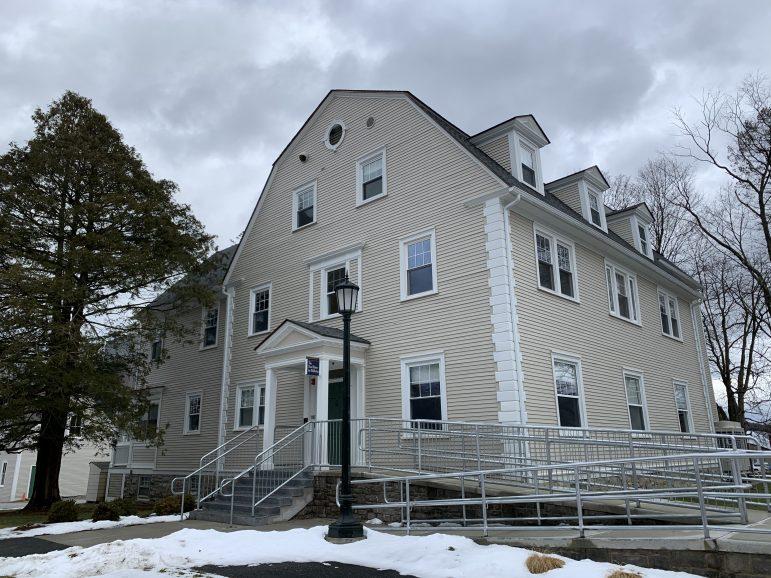 Integrative Wellbeing Services (IWS) will no longer offer weekly 45-minute counseling sessions, instead giving students seeking one-on-one therapy the choice between 30-minute sessions once per week and 45-minute sessions once every other week. The policy change, which went into effect at the start of Winter Study, is intended to free up space for students who are currently on a waitlist for one-on-one counseling, but it has drawn scrutiny from students who feel the quality of the College’s mental health services will suffer as a result.

Vice President for Campus Life Steve Klass, who supervises the Health Center and IWS, said the waitlist is a consequence of unprecedented demand for mental health services last semester. “Demand is up by 15 to 18 percent over last year, and that created a waitlist that’s averaged over the last couple of weeks between 25 to 55 students,” he said. “This is the first time in two years that we’ve had a waitlist… demand is at such an all-time high that we haven’t been able to manage the volume to the extent we had last year.”

According to Director of IWS Wendy Adam, more than 500 students accessed services in the fall, a figure that she said roughly matches the total number of students who went to IWS during the entire 2014-15 academic year.

IWS operates on a first-come, first-served basis for one-on-one counseling sessions, and as such, students who sign up early in the year may have better access to therapy than those who come to IWS a few months later. “We have a structurally unequal system because being on a waitlist is more likely if students contact us mid-semester,” Adam said. “Not all students coming to Williams have experience accessing care or feel comfortable reaching out for mental health services at the beginning of the year.”

In recognition of that inequality, Adam and Klass said they decided that the negative consequences of reducing the length of sessions were worthwhile so long as making the change allowed them to eliminate the waitlist. “The entire Williams community is our client base, not just the people who call first,” Adam said. “And that’s what this change really represents — that we are going to choose the side of serving the Williams community, not just the people who know how to reach us.”

Many students have expressed concerns about the potential negative impact of reducing session lengths. Elle Fietsam ’22 said they feel there is significant value lost when sessions are limited to 30 minutes rather than 45.

“The 15-minute difference doesn’t seem like that much, but if you’re trying to go really in-depth, it’s really hard to open up a topic for discussion and be able to fit that conversation within the time frame,” they said. “You could be in the middle of a session when something is triggered that you couldn’t have prepared for, and then you need that extra 15 minutes to talk through it. You can’t plan for those things, and it seems like if you’re trying to compress the conversation into the first 30 minutes, you would have to be able to plan for them.”

On the other hand, Fietsam said that scheduling sessions for every other week is not a viable option in more difficult periods since it would put too much time in between sessions.

To fill that gap, Klass and Adam encouraged students to take advantage of the services IWS offers in addition to one-on-one therapy. “The intention is to have a really diverse portfolio of options for students,” Adam said. “We have to recognize that we can’t staff our way out of a national mental health crisis — we need to provide a full array of approaches and resources,” Klass added.

Late in the fall, IWS added a self-scheduling option through the health portal whereby students can sign up for 30-minute counseling appointments in addition to any other mental health services they are already using. According to Adam, 111 such sessions were scheduled last semester.

Meanwhile, the College recently became the first institution of higher education to partner with the teletherapy company Talkspace, a service that is available to students year-round, including during the summer and semesters studying away, at no cost. Adam said 148 students were registered with Talkspace at the start of this month, and the capabilities of the plan have recently been expanded: Students now have access to one live 30-minute video session per month in addition to unlimited text messaging.

Polly Ellman ’22 has interviewed several students about the policy change for a project in her Winter Study class, “Journalism Today,” and has found that the reaction to Talkspace has been mixed. “If people feel like there’s some kind of gap in their individual care, they can fill it in with other options, but I’ve been hearing from some people that with Talkspace in particular, they feel like it’s very impersonal,” she said. “They don’t like that they can’t really establish a relationship with their therapist the way you can in person.”

One of the reasons that Adam and Klass have focused on expanding the options at IWS is that efforts to address unmet demand are limited by the College’s location. “It’s not even a case where you could put students in a van and take them to a hospital or a clinic, because we don’t have adequate regional resources to support that approach,” Klass said.

In fact, Adam noted, the few clinics near the College are far less efficient than IWS. “The average wait time now for therapists in Berkshire County if you want to use your insurance is about three months,” she said.

Klass and Adam noted that a high percentage of students who come to IWS have their first experience with therapy during their time at the College, and so they may be unaware of how IWS compares to outside providers or health centers at other institutions. “Students may not have exposure to the full range of clinical options, and so they might only know this one model that we’ve been using, and so it seems to them like a huge change,” Adam said. “In the world of psychotherapy, these are all models for providing services that are already out there.”

Ellman pointed out a broader informational gap around the scheduling changes, noting that many students felt taken by surprise both by the decision and by the news that there is a waitlist. “The biggest thing that I’ve been finding in talking to people is that there’s just a really prominent lack of dialogue between IWS and the student body,” she said. “It doesn’t seem like there was really any student input into the decision-making process for these changes. And there just seems to be a lot of misinformation about IWS in general.”

Putting the new scheduling protocol into context, Klass stressed the degree to which the College still outperforms peer institutions across a variety of metrics when it comes to mental health services. “We’re so much more invested than anybody, including the wealthiest schools,” he said. “The ratio we have here — better than 150:1 [students to therapists] — is outstanding, the lowest of which we’re aware.”

In order to keep IWS ahead of the industry standard, Adam and Klass said that they ruled out the possibility of charging students for sessions or referring them to off-campus clinicians. “We didn’t even consider a model that capped services,” Adam said, adding that “about 40 percent of colleges nationwide have capped services — they range from six sessions or eight sessions per semester and sometimes per year.”

Adam said the new system will be evaluated after a full semester, at which point adjustments may be made accordingly. “We are going to keep this in place, and then at the end of the spring semester, as we close out the year clinically as a team, we’re going to look at what impact this has had, how this helped us hold the demand, if we still have any inequities in the system and what kind of outcomes we’re seeing with students,” she said.

One variable that may change moving forward is the level of demand for mental health services, which will determine what further structural changes are necessary. “Demand has grown by somewhere in the 10-to-15-percent range every single year, so whatever system we have in the spring, I’ll need to know that it would hold 15 percent more before I would roll it back,” Adam said.

“It’s very possible that it will continue on a northward slope,” Klass added.

Though it’s unclear how demand trends will change in the future, current data suggest that the recent rise in demand aligns with nationwide demand for mental health services.