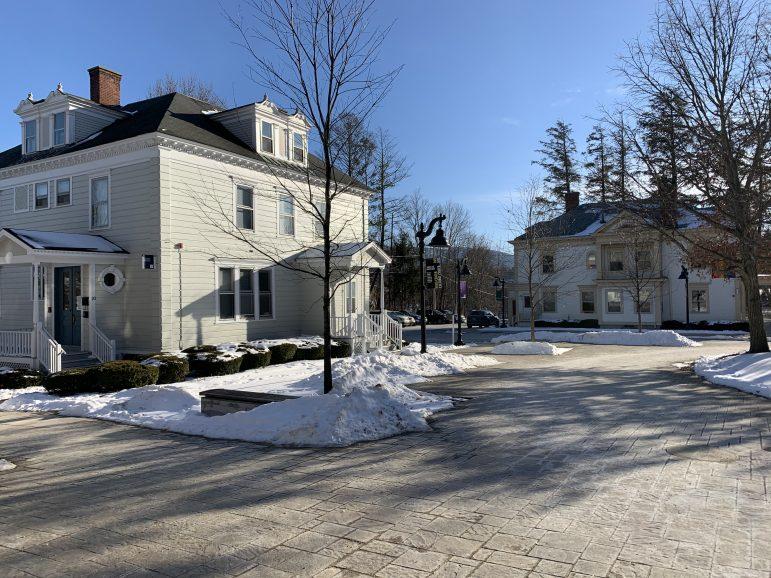 Earlier this month, Vice President for Institutional Diversity, Equity and Inclusion Leticia S.E. Haynes ’99 announced that the Office of Institutional Diversity, Equity and Inclusion (OIDEI) has decided to restructure the Davis Center such that three new roles will be created and others will be eliminated. Three Davis Center staff members have left the College in recent weeks, leaving the Center staffed on a largely interim basis until the new positions have been filled.

The three new roles are an associate director for inclusive learning environments, who, Haynes wrote in an all-campus email, will take a student-centered approach to “fostering inclusive learning environments in the classroom and beyond”; an assistant director for intergroup relations and inclusive programming, who she said “will help develop and coordinate the Center’s programming with attention to intragroup and intergroup communications and dynamics”; and a center and program coordinator, who “will play a critical role in supporting and helping to organize the Center’s work.”

The director of the Davis Center — a position that has been filled on an interim basis since the departure of Shawna Patterson-Stephens last summer — will also have a newly expanded role and will now serve as part of the OIDEI leadership team.

The OIDEI recently began a search for staff to fill the new roles, inviting those working at the Davis Center at the time to apply for the positions, pursuant to campus policy and legal guidelines, according to Haynes.

Prior to the restructuring, the Davis Center was staffed by Associate Director Tatiana McInnis and Assistant Directors Keara Sternberg and Cecilia Del Cid. All three left the College earlier this month. The Record was not able to reach them for comment.

In an interview with the Record, Haynes stressed that the new roles carry fundamentally different responsibilities and have different scopes from previous positions at the Davis Center.

“The roles are significantly different,” she said. “The manner in which the work will be carried out, and the skills required to do this work as redefined, are very different.”

Haynes said the staff members who recently left were offered the opportunity to apply for the new roles but chose not to. “Staff were encouraged to consider the newly redefined positions,” she said, adding that “people leave for various reasons.” She pointed to educational development opportunities and other roles in the field as reasons the three staff members may have departed the College.

“Every committee will have multiple students on it,” Haynes told the Record, noting, however, that the dialogue facilitator search committee currently has only one student on it.

The search for the dialogue facilitator is “well underway,” as some interviews have taken place and finalists are being invited to campus. Haynes also said that lunches will be held for visiting candidates, during which students will be able to lend their input.

“The positions will fill as soon as possible over the coming months,” Haynes said. “The searches for the dialogue facilitator and the program coordinator are the farthest along. We expect they will all be filled next semester.”

During the remainder of the transitional period, the Davis Center will be led by Professor of History and Co-Chair of Latina/o/x Studies Carmen Whalen, who is taking over from Assistant Vice President for Campus Engagement Bilal Ansari as interim director of the Davis Center as Ansari steps into a newly-created role. Aseel Abulhab ’15 was also recently hired to serve as a Davis Center fellow during Winter Study and the spring semester.

Several other staff will step in to help the Center fulfill its key functions during the hiring process. “We are also implementing a team approach to advising students and student groups,” Whalen said. Among those filling spots on what Whalen called “advising teams” are Director of Special Academic Programs Clinton Williams; Toya Camacho, who serves as assistant vice president for diversity, equity and inclusion, Title IX coordinator and ADA coordinator; Molly Magavern, assistant vice president for diversity, equity and inclusion; and two faculty fellows of the Davis Center and OIDEI, Associate Professor of Chemistry Chris Goh and Professor of History Gretchen Long.

Several students who work at the Davis Center as Community Engagement Fellows (CEFs) said that the recent departures of staff have taken them by surprise. Haley Bossé ’20 said that a project they were working on as part of the CEF role was overseen by one of the staff members who recently left. “I have no idea what my job is going to look like going into the spring or what I should be doing right now,” they said.

Some CEFs said the former staff also served as mentors to students, a facet of their roles at the Davis Center that students assert cannot be easily replaced since relationships take time to build. “Because of the lasting and intangible nature of mentorship and support, it’s not a numbers game — it doesn’t matter if you had four people and now you have four new people, and so the numbers haven’t changed,” said Michael Nettesheim ’20, who worked as a Davis Center research fellow last summer and has been a CEF since the beginning of the fall. “We’re still losing several huge sources of support.”

Bossé agreed. “Keara, Tatiana and Ceci have served as mentors to all of us,” they said. “I think the most important learning I’ve done this year has been from them, about leadership and collaboration.”

Both Ansari and Haynes acknowledged the difficulties of staffing the Davis Center. “While we continue to have four full-time staff members in Jenness to carry on this important mission, we know this work is about building bonds and relationships with students, and we are all working to do that,” Ansari said. “We know having a consistent presence of staff at the Center and in the building has been challenging — this is in part because the staff are often on the ground engaging in critical work.”

Whalen said one of her goals as interim director will be to make sure that new staff feel supported at the College.

“In its 30-plus year history, retention of staff at the Davis Center (and when it was the Multicultural Center) has often been a challenge,” she said. “We will continue to work towards ensuring staff who come here have a strong sense of belonging, while contributing to and working in increasingly inclusive learning environments. We’ll also continue to provide and support professional development for staff and to learn what additional institutional support might best meet the needs of various staff members.”

Ansari said the Davis Center’s goals and functions will remain the same throughout the restructuring. “The Davis Center within OIDEI is not immune to retention challenges, but our department is committed to helping students, staff and faculty thrive while at Williams,” he said. “Change can be exciting and unsettling at the same time. However, I hope as a result of the project, students have welcoming spaces to rehearse, worship, reflect, cook, gather, learn and study. We plan to have more faculty and staff at the Davis Center who are able to engage and meet with students.”

Ultimately, Haynes said she hopes that the restructuring will help the College better serve students, faculty, staff and surrounding communities. “I would say my primary goal is to serve students and to move this campus forward to a place where students feel welcome, respected, and they can thrive regardless of their identities,” she said.

Whalen expressed similar sentiments in discussing her term as interim director. “My top priority is sustaining and augmenting support for students and student groups,” she said. “My second goal is to help steer the Davis Center as we focus on creating inclusive learning environments throughout campus that are welcoming and supportive of all who are a part of them and that are devoid of harmful biases.”