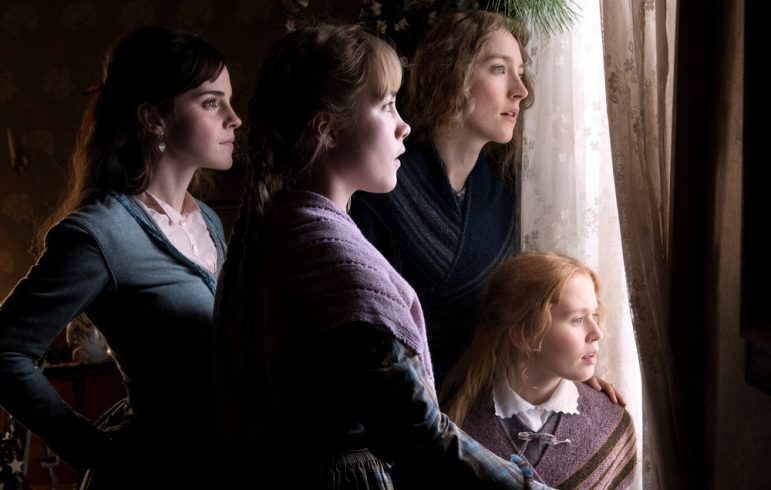 Greta Gerwig’s adaptation of Little Women diverges from past versions in its split timeline and evocation of empathy for Amy March. Photo courtesy of IMDB.

Greta Gerwig’s retelling of Louisa May Alcott’s Little Women is the newest of the many adaptations produced in the 150 years since the novel’s original publication. The film version I grew up with was released in 1994 and stars Winona Ryder as the headstrong Jo March. Little Women has inspired Broadway musicals, opera adaptations, no fewer than four BBC miniseries and a surprising amount of anime.

Gerwig’s version, however, has a distinctly new perspective. It may not be the first remake ever made, but it is the first made for American audiences in the 21st century. This modernity feels ever-present in the film, even as characters look and speak like they are in the 1800s. Gerwig’s March sisters may travel in carriages and write by candlelight, but they are defined by their goals, ambition and intelligence just as much as any woman in the audience.

For this week’s “Box Office Hours,” I sat down with Chair and Professor of English Kathryn Kent ’88 to discuss this updated take on Alcott’s beloved story. Kent, who is teaching Little Women in her class “American Girlhoods” this spring, studies Alcott’s work and American literature of the 19th century more broadly.

Little Women tells the story of the four March sisters and their coming of age in Concord, Massachusetts during the Civil War. It is largely autobiographical, based on the lives of Alcott and her three sisters. Alcott renders herself as Jo March, a radically independent girl who detests the gendered limitations that middle-class society enforces on her. Jo, like Alcott, longs to be a writer and to make enough money on her own to support the family.

Gerwig herself has listed the novel as one of her formative texts, and she makes her devotion to Alcott’s ideology clear in this adaptation, doubling down on many of Alcott’s subtle suggestions to make them glaringly obvious. Gerwig alternates between two timelines, interweaving the March sisters’ childhoods with their futures as young women. She emphasizes moments in which the March sisters find their own power and voices, such as when Amy schools Laurie on the restrictions of womanhood or when Jo asserts the importance of domestic life to her publisher.

The most radical part of the film arguably comes at the film’s end, when we learn that Jo has written Little Women rather than some other, unspecified story. Here, within the world of Little Women, Gerwig acknowledges the pressure that publishers applied to Alcott to marry Jo off by including two versions of the story’s end, one in which she marries a worldly professor and one in which Jo does not herself marry but rather agrees to write in the imaginary professor to her book. The latter ending echoes the real life of Alcott, who never married.

“There was a surplus of unmarried women after the Civil War because of how many men were dead, but I don’t think that was Alcott’s case,” Kent said. “I think that being an artist or a writer in the way that Alcott/Jo is, was totally incompatible with marriage.”

In these crucial ending scenes, however, Jo’s publisher makes clear that she must either make her protagonist a wife or kill her off by the novel’s conclusion. To Kent, this moment is emblematic of the film’s “white feminism.”

“That really was a plight that white middle class women were experiencing,” Kent explained. “[But] I think it’s really, really important that we bracket and say, for white women, that was a trope in 19th-century sentimental women’s fiction. The difference is that for a lot of black women, if they were enslaved, marriage was not even an option.”

In American Girlhoods, Kent moves from Little Women to Harriet Jacobs’ Incidents in the Life of a Slave Girl, asking students to recognize the similarities that underlie two extremely different texts. “[Jacobs] has to convince white readers of a whole set of things to be able to tell her story and have them not reject her for various reasons,” Kent explained. “And so she’s incredibly canny at using some of the same techniques as Alcott does, but for a whole different aim. They’re both drawing upon cultural norms in different ways, but in ways that subvert.”

Gerwig subverts the expectations of viewers in her own way, surprising even devoted readers with more complex and recognizable characters. If you ask anybody which March sister they are, they are almost certainly going to say Jo. While Meg appears self-involved, Beth lacks personality and Amy is downright annoying, Jo is headstrong, smart and adventurous. In this version, however, I found myself rooting for Amy, who must carefully navigate looking for both a rich husband and a fulfilling life. “We get a much more fleshed-out picture of her,” Kent agreed.

The film, however, leaves less space for Jo’s own complexities, namely her potential queerness, which is an ever-present undercurrent in the novel, Kent noted. In the book, Jo often voices her disappointment in being a girl and her flat-out disdain for femininity. In fact, in the books, Alcott ends the series with Jo creating a school for boys. “She kind of gets to substitute her identification with boys, with being a mother of boys and taking care of boys and this idea that that’s as close as she can get,” Kent explained. “Whereas in the film, it’s a kind of utopian fantasy of a progressive school that is co-ed and integrated.”

All of these changes serve to strengthen the film’s driving force: Gerwig’s desire to make Alcott’s novel something that reflects our modern understanding of feminism and the female identity. To make Little Women compelling to modern audiences, Gerwig accentuates its fierce sense of what it means to be a woman in a world run by men.

The question of the story’s continued relevance is one with which Kent is more than familiar. When she began teaching American Girlhoods, Kent said, nearly every female identifying student in the room had read Little Women. In recent years, that number has dwindled, drawing into question whether the novel remains relevant to modern readers.

“The question is really [up to] your generation,” she said. “Maybe you don’t need it anymore, if Jo is no longer necessary because the world has changed enough that you don’t need the vision of this young writer who’s determined in these different ways and breaking gender norms. I mean, maybe that’s all around you.”

Gerwig, however, seems to offer a formidable rebuttal. Her film, in and of itself, serves as an indicative reminder about the importance of female-centered storytelling. “I think what I’m curious about is whether the movie is going to inspire people to go back, back to the book,” Kent said. “It’s interesting to think about if Gerwig’s film is going to spawn some rebirth of Little Women. We’ll see.”