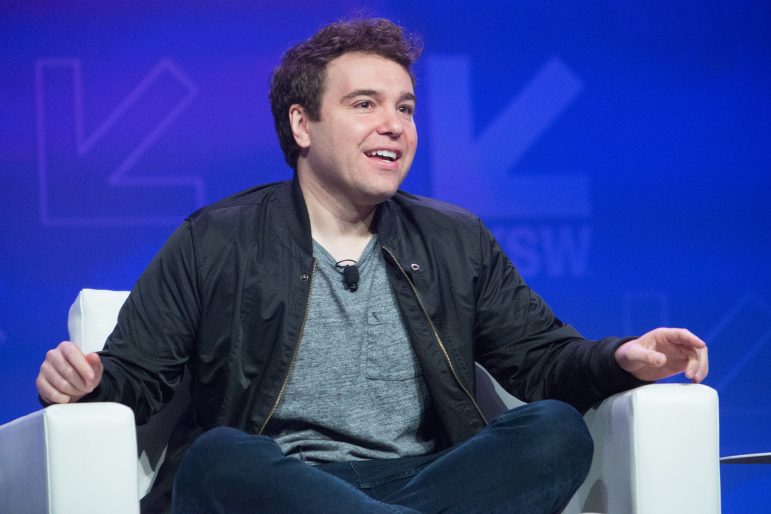 Jon Lovett ’04 has worked as a speechwriter for Obama, a screenwriter and a co-creator of popular podcast channel Crooked Media.

Jon Lovett ’04 has worked as a speechwriter for Obama, a screenwriter and a co-creator of popular podcast channel Crooked Media. Photo courtesy of Wikimedia Commons.

In the midst of an unprecedented media frenzy surrounding the 2016 presidential election, Jon Lovett ’04 found that the media’s approach to covering the news had become ineffectual in relating political events to real people.

“The conversation around politics was broken,” Lovett said. “It was self-serious without being very serious. It was focused on the horserace instead of on the way politics impact people’s lives, and it treated people like cynical observers and not like frustrated participants.”

It was this vision that led Lovett, Tommy Vietor and Jon Favreau to create Crooked Media, a podcast channel and website that blends together activism, entertainment and coverage of the news.

Crooked’s co-founders opt for what they call a “no-bullshit” approach to the news that inspires people to take action, defying norms of how pundits typically discuss politics. Lovett hosts Lovett Or Leave It and co-hosts Pod Save America, Crooked’s flagship podcast, which has been downloaded hundreds of millions of times and consistently ranks atop podcast charts.

In the leadup to the 2018 midterms, Crooked’s lineup of podcasts was complemented with voter mobilization initiatives like Vote Save America and four HBO television specials. In recent weeks, however, Crooked has had to mitigate a shift in the political conversation from one of energizing an electorate to dealing with a grinding federal government shutdown caused by politicians.

“I think what we’re always trying to do is to think about what we do, whether it’s a podcast, a live stream, an HBO live show, a narrative or a documentary,” Lovett said. “We make things that entertain and inform and inspire action, and we don’t have to do them all equally.”

Lovett partially attributes his writing approach to his experience at the College, where he majored in math and psychology. While he knew he was not interested in pursuing a career in math, Lovett lauded the math department for influencing his work by connecting his love of math and logic to his writing.

“Learning differential equations [and] learning geometry, it’s about being able to speak and write and understand very complicated ideas completely enough to simplify them, enough to explain them naturally,” Lovett said. “That is something I may have been drawn to again and again as a speechwriter and as a podcast host.”

Lovett served as his class’ student commencement speaker, and upon graduation, he volunteered for John Kerry’s presidential campaign and worked as a speechwriter for then-Sen. Hillary Clinton’s office. After Clinton lost the 2008 Democratic presidential nomination, an anonymous speechwriting contest led Lovett to his next opportunity: working for the new Obama administration. His was one of the speeches selected, and Lovett was hired after making an impression on Favreau, now his Pod Save America co-host, and the rest of the team.

Lovett left the Obama administration before the 2012 re-election campaign to become a screenwriter, co-creating and executive producing the presidential family sitcom 1600 Penn and writing for the third season of Aaron Sorkin’s The Newsroom. Following the 2016 presidential election, Lovett joined forces with Favreau and former  Obama administration colleague Vietor to create Crooked.

“We wanted to find a way to be part of the fight against, not just Trump, but against the systems [within] the Republican party, inside our politics more generally, in our media that allowed someone like Trump to reach the presidency,” Lovett said. “It is a symptom of a deep cultural rot.”

Crooked has stood out for its unabashed criticism of Trump and of Republicans in general. Now, with the 2020 elections looming, Crooked is holding some Democrats’ feet to the fire, too.

“This is a really hard time, and Democrats now face a choice: Who do we put up against this movement? Who do we, as Democrats, say who we are elevating to face Donald Trump in 2020?” Lovett said. “We’re all approaching this with imperfect information, and we’re all approaching it with genuine patriotism, a sense that we want to find the right person because we want to pick someone who’s not only going to be a great president, but who’s going to win. And that’s really hard.”

Lovett said he is unsure of whether or not he will disclose whom he is voting for in the Democratic presidential primary and has not yet decided who that candidate will be.

“We’ve decided here that we’re going to try to talk to everybody and that our job is not going to be to try to put a thumb on the scales, but just talk to all the candidates and try to help people listening figure out who they support,” he said.

Regardless of the outcome of the 2020 election, Lovett believes that the political culture surrounding Trump will not reverse overnight. Yet he also sees 2020 as a window to expand Crooked’s influence.

There will eventually be a day when Trump is no longer the No. 1 news item, however. Lovett admitted that Crooked will have to figure out its role in the media landscape when that day approaches but reiterated the company’s central ideal of expanding the democratic process no matter who is in the White House.