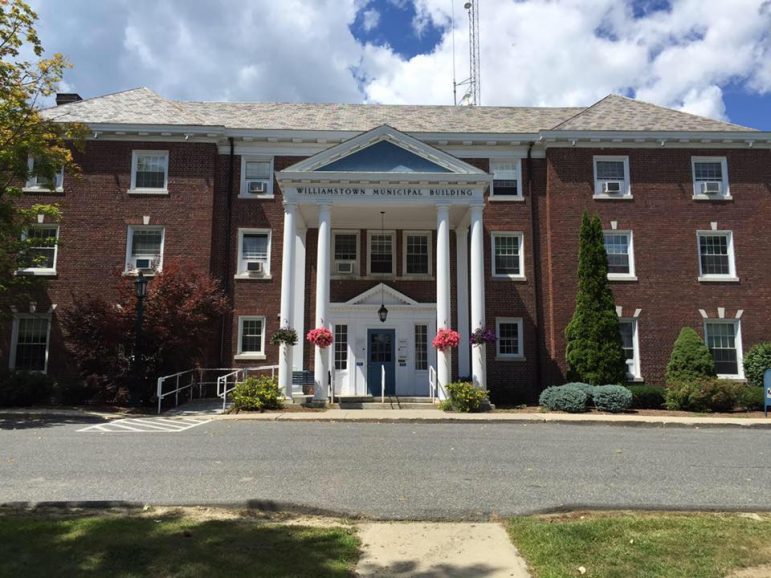 With 22 elected officials and 63 employees, the government of Williamstown is the third largest institution in the town, surpassed only by the College and the school district. But for many College students, who are not registered to vote in the town and who only have limited interactions with its government, the bureaucracy can seem difficult to understand.

Unlike nearby cities such as North Adams and Pittsfield, both of which have mayors and city councils, Williamstown is governed under a system of town meetings. This means that, although elected and appointed officials craft policy, the town’s ultimate authority is vested in its voting population at yearly town meetings.

Every May, the elementary school gym hosts a town meeting to vote on the town’s budgetary and land use issues. All town residents who are registered to vote in Williamstown are able to attend and approve or reject spending and policy proposals from the Select Board, the finance committee and other town boards and committees.

“Town meetings generally get the weightiest decisions,” said Town Manager Jason Hoch ’95, who is in charge of the town’s day-to-day operations. “You know, are you going to spend a lot of money on a police station? Are you going to rezone part of town? Things like that.”

“Of the 100% of the decisions necessary to run the town on a routine basis, I’d say probably 70% of them fall to me in day-to-day, probably 20% that fall to the Select Board … and probably about 10% falls to town meeting,” he continued. “But understand that that division is quantity of decisions, not order of magnitude.”

Town Clerk Mary Kennedy said that certain issues tend to be more contentious than others. “We fly through the finance articles, but then all of a sudden we’ll get to a zoning article, and we’ll talk for two hours,” she said. “If nothing’s controversial [in the 7 p.m. meeting], then it’s easy-peasy, we’re out of there at 8 o’clock. Otherwise, we’re sitting there until 11:30. Only once, in all my years, did it continue to a second night.”

Outside of that yearly event, the highest authority in the town is held by the five-member Select Board, an elected body which can recommend articles for approval at town meeting and retains other policy and licensing duties.

Other elected positions include the town moderator, who chairs town meetings; the five-member planning board, which oversees issues of land use and zoning; the seven library trustees at Milne Public Library, who are charged with the library’s activities and operations; and the housing authority, which manages public housing. All of the town’s 22 elected positions are elected at-large, and all are volunteer positions.

The Select Board’s other primary responsibility is the appointment of the town manager, who is the chief administrative officer. The town manager then appoints the rest of the town bureaucracy, including the town clerk, the police chief, the treasurer, the community development director and numerous other positions.

The town manager also appoints the council on aging, the board of assessors, and several other boards and committees; the Select Board and the town moderator are responsible for the remaining appointments. In total, the town has over 20 boards and committees, which collectively have over 100 members — including many College professors, something which Hoch called “phenomenal.”

Hoch, who held local government positions in New Hampshire after graduating from the College in 1995, has served as the town manager for four years. “I’m responsible for the day-to-day operation of all the departments of the town,” said Hoch. “So all of the staff in the town work for me under my direction. I’m responsible for all hiring, contracting, overseeing the budget.”

In summary, Saddler said that her office sees “the money process through from beginning to end.” After 22 years in the job, Saddler is retiring in January 2020, with Assistant Treasurer Rachel Vadnais selected as her successor.

As town clerk, Kennedy is also appointed by Hoch. “I’m the keeper of the records, basically,” Kennedy said of her position. “So I have all the vital records – the births, the deaths, the marriages, cemetery deeds, dog licenses, minutes of all the boards, town meeting records.”

During her long tenure as town clerk, Kennedy’s work has undergone many changes, including the digitization of once-paperbound records, which was done both by her and by unexpected outside helpers. “The Mormons came in and digitized [old records], because in Salt Lake City, the Mormon Church, people who are professional genealogists go to Salt Lake to do their research,” she said.

Kennedy is also in charge of the town’s elections, which she cited as a factor in her own impending retirement after 32 years working in Williamstown government. “I don’t want to do this presidential election. I just don’t want to do it. There’s usually a big transition of clerks on presidential election years, because it’s a crazy year,” she said. “You can’t get anything else done. And as it gets closer and closer, it gets busier and busier.”

A third official under Hoch’s charge is Community Development Director Andrew Groff, who administers much of the town’s land use and zoning matters. “I provide staff support and analysis for all of our boards involved in major land use decision-making,” Groff said.

In this role, Groff coordinates with the College more than nearly any other town official, primarily on the College’s many new developments. “The regulatory side of my department works very closely on all of the construction projects you see around campus,” he said.

“We work very closely with the College on a lot of fronts,” Hoch added. “The boundaries blur between town and College, on the ground even. I think sometimes people may look and it may not always be clear who does what.”

While both Hoch and Groff acknowledged that the College and the town government occasionally have differing priorities, they highlighted that the relationship between the two institutions is very good. “Many of my colleagues similarly situated would love to have the relationship that the town and the College have, working to serve our mutual interests,” said Hoch.

Hoch noted, however, that even when the College finds an ally in the town government for its projects, the town’s residents can sometimes be harder to convince. “I think the community at large, which is different from town government, has struggled sometimes with the pace of change that is coming,” he said.

Groff agreed, but emphasized that “there’s always going to be a conversation, and that’s healthy, that’s part of democracy.”

Kennedy and Saddler also interact with the College and its students, but in less direct ways, including parking tickets and voter registration. “To me, I think the town would be nothing without the College, so I’m a College fan,” Kennedy said.

Hoch ultimately hopes students at the College increase their interactions with and understanding of their local government. “Generally, know that we’re here,” he said. “You may not see us every day, but we’re there, quietly supporting, on a secondary level, the community that you’re all in. We’re always very open to questions, comments, assistance. It’s not that hard to walk across North Street.”