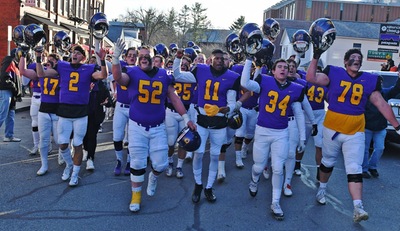 After scoring two touchdowns early in the first quarter, the Ephs maintained a healthy lead over Amherst on their way to a 31-9 win. (Photos courtesy of Sports Information.)

After scoring two touchdowns early in the first quarter, the Ephs maintained a healthy lead over Amherst on their way to a 31-9 win. (Photo courtesy of Sports Information.)

Football (7–2) trounced Amherst (4–5) in its homecoming match, for a 31-9 victory. Joel Nicholas ’23 had the best game of his young career, running for 211 rushing yards and three touchdowns.

The NESCAC-leading Eph defense, only allowing 11.8 points per game, set the tone early. On a third and long, safety Drew Michalek ’23 broke up a Mammoth pass and batted the ball into the air, which was caught by Ben Anthony ’20. He took full advantage of the interception and made his way 32 yards into the endzone.

On the next possession, the Ephs forced a quick three-and-out and gave the ball to the offense for the first time. Building off the defense’s play, quarterback Bobby Maimaron ’21 and the offense had little issue working their way down the field. They caught an early break, as receiver Justin Nelson ’21 slipped by a defender just as he caught the pass. This gave him considerable room to run, and he made his way to the 7-yard line. This set up a run by Nicholas, who ran nearly untouched into the endzone. With more than half the first quarter to go, the Ephs were up 14-0. 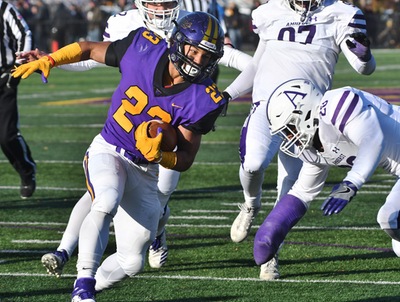 Each team added two field goals in back-to-back drives in the second quarter, maintaining a 14-point gap. The Ephs looked poised to add to the lead, but penalties began to bring back any progress the team could achieve.

On one drive, two consecutive penalties sent the Ephs back to first and 25 and negated a 19-yard catch by Nelson. This led to a punt into the wind that gave the Mammoths great field position. Once they made it into the red zone, the Ephs seemed to have stopped them on fourth down. However, a pass interference call kept the Mammoth drive alive, leading to a touchdown pass a few plays later. By halftime, it was a one-possession game at 17-9.

The men endeavored to run the ball more in the second half, a strategy that resulted in a quick touchdown. On fourth and inches, the Ephs gave the ball to Nicholas, who bounced outside the blitz and tallied 53 yards. With 10 yards to go, Nicholas had the ball again, rushing through a hole and into the endzone for a touchdown.

Quick defensive stops and almost no incomplete passes kept the clock moving, making for long Eph drives and few opportunities for the Mammoths to come back. After the touchdown drive, the Ephs had second half drives of seven minutes, five minutes and nine minutes. Clock management was crucial, and the Ephs delivered. And, on the final drive, Nicholas added his final touchdown on an impressive 23-yard rush, putting him over 200 yards on the day. 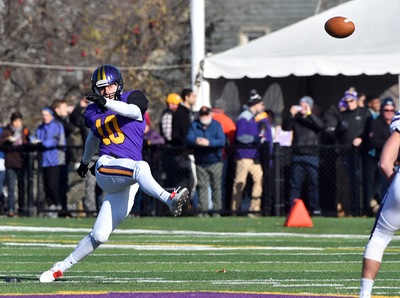 The Ephs had 470 yards of total offense, including 345 rushing. Nelson added 123 yards on seven receptions. On defense, Edward Manzella ’21and TJ Rothmann ’21 led the team with eight tackles each.

Twelve seniors finished their football careers Saturday by completing “The Walk”, called the “The Best Post-Game Tradition in America” by Sports Illustrated. 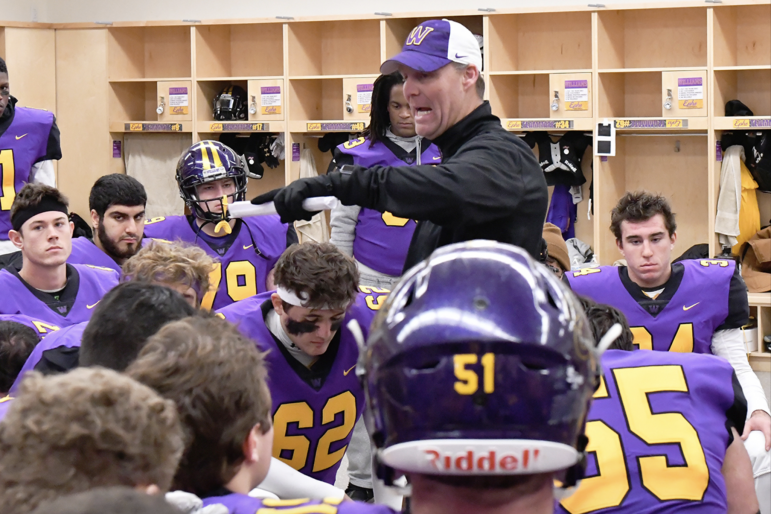 The Ephs finish the season with their best record under head coach Mark Raymond and a bright future looking forward. Many of the team’s top players this season, such as Maimaron and Frank Stola ’21, will be seniors next year.