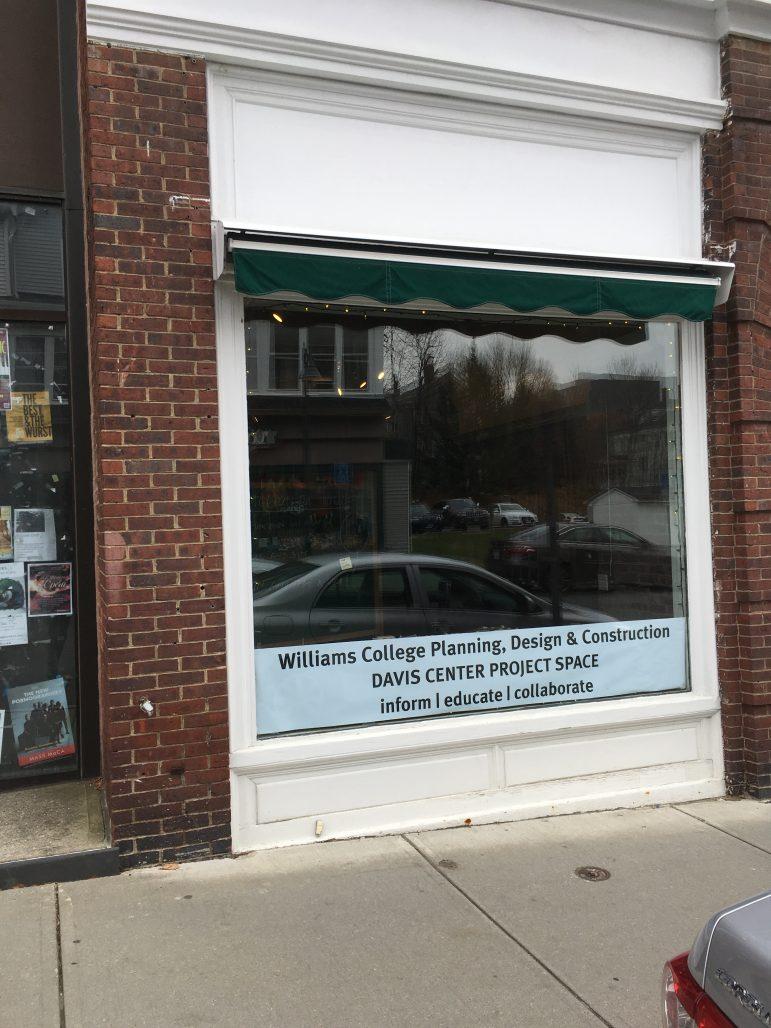 Last Tuesday, the Davis Center opened a new project space at 36 Spring St. that will be dedicated to gathering and presenting student feedback for its ongoing building project.

The project, which was first initiated last fall but entered a new phase of planning and outreach this September, aims to rethink and potentially rebuild the physical landscape of the Davis Center. Bilal Ansari, acting director of the Davis Center and co-chair of the Davis Center building project committee, told the Record that the Center’s current space is inadequate for the 25-plus student organizations the Center serves. The project, according to Ansari, represents an effort by the College “to elevate and prioritize diversity, equity and inclusion work on campus.”

“Our space is grossly inaccessible and inefficient with the College’s sustainability standards,” Ansari said. “Therefore, our new president, Maud S. Mandel, has made this Davis Center building project a priority, and it should signal and symbolize a bright and welcoming future.”

Currently, the Davis Center is housed in four buildings to the south of the Science Center: Chandler House, Jenness House, Hardy House and Rice House. According to Scott Henderson, the project manager and co-chair of the building project committee, the age and size of the houses presents a barrier to their effectiveness.

“The combined 18,000-plus gsf [gross square feet] is likely inadequate to meet the present and emerging programmatic needs of the Center, and extensive renovation and new construction is anticipated,” Henderson explained. “All of the buildings require replacement or upgrades to most systems, including … structural, envelope, mechanical and electrical systems.”

According to Leticia S.E. Haynes ’99,  vice president for institutional diversity, equity and inclusion, the process began in 2016 and 2017 with “walkthroughs of the buildings to assess structural and other needs.” These were followed by discussions with Mandel and interim President Tiku Majumder about the feasibility of the project.

Last fall, the committee began holding meetings and  conducting outreach to the student body, hosting several lunches in the Faculty House and Baxter Hall. The committee consists of Ansari, Henderson, Haynes, and 14 other administrators from different areas of the College, and six students.

Over the summer, the committee selected architects for the project, and is now focused primarily on outreach.

“This year the process is working with the architect team for extensive community outreach, reporting and thought partnership for the goal of producing a grassroots conceptualization and  needs assessment,” said Ansari. To that effect, the committee has hosted two daylong events in Baxter Hall on Oct. 28 and Nov. 7 to gather student input, with students having the opportunity to speak with the architect team and place their ideas onto maps of the Davis Center itself.

Those maps, as well as other student feedback garnered from previous sessions, are on display in the project’s new Spring Street storefront. The space also includes a cardboard model of the campus, diagrams of ideal working spaces and a TV, which will soon feature architects’ renderings of potential renovations, Henderson said.

In addition to maps of the Davis Center’s four buildings, all of which are covered in Post-it Notes detailing how certain aspects of the buildings could be improved, the storefront also displays several maps of the campus at large. Henderson said these maps are meant to be spaces for students to think about how to better integrate the Davis Center into the broader campus, such as incorporating the Center into campus tour routes which do not currently pass by the Center.

Ansari noted that part of the project’s goal was to figure out how student suggestions, such as calls for larger meeting spaces and better kitchens, could be realized. He said that students’ “interpretation of our broader campus needs will be rendered with designed models given the fiscal restraints of the Davis Center Project.”

Henderson said that the Baxter Hall feedback sessions and the Spring Street storefront are early components of a yearlong design process that will conclude in the summer of 2020, at which point the next stage of the Davis Center building project will begin.