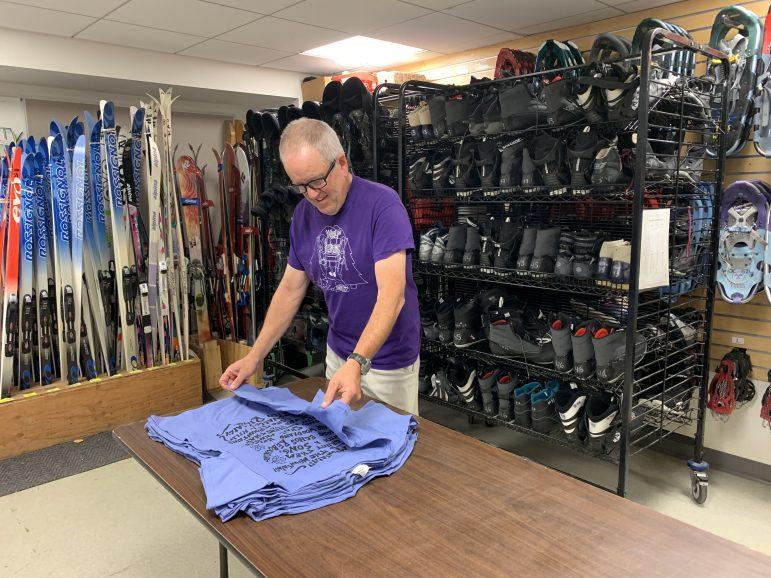 Deep in the dungeons of  the Paresky Center, there exists a room so secret, so hidden, that it takes its own separate staircase to even access it: the Williams Outing Club (WOC) equipment room. Conveniently located outside the WOC office, the staircase leads down to a warehouse of supplies, overseen by Assistant Director of the Outing Club Dave Ackerson.

Ackerson was eager to answer questions about the organization that programs massive College-wide operations like Williams Outdoor Orientation for Living as First Years (WOOLF) and Mountain Day. “I think more students should know about the WOC equipment room,” he said.  “There are people who go their whole career at Williams and have no idea that it’s there. For 10 bucks, it’s a great deal. For a year, you can borrow a sleeping bag every weekend when your friends come and visit. When you go camping, you can borrow skis, sleds — whatever we have.”

According to Ackerson, sleeping bags are the most frequently rented-out equipment. “When somebody is coming to visit a student here, they show up, they borrow a sleeping bag, a foam pad, so somebody can sleep on the floor in the common room.”

In addition to the Paresky storage room, WOC makes use of a storage facility near the police station, where it stores all its kayaks and canoes for WOOLF and P.E. classes.

WOOLF, one of WOC’s biggest annual undertakings, involves the College’s borrowing of equipment from Hampshire College, Overland and other sources as needed.

The equipment room also stocks a sizable collection of snowshoes, plastic sleds and cross-country and telemark skis. The whole stock is often lent out during Dead Week as people go away for the weekend to enjoy their last bit of free time before the spring semester begins.

On the topic of student activities during the winter months, Director of the Outing Club Scott Lewis said, “The dining staff are very grateful to us for providing the plastic sleds instead of students stealing trays from the cafeterias.”

The equipment room also holds an arsenal of supplies. One shelf is decked out with several rows of hiking boots. Climbing supplies, rope, icepicks and harnesses hang upon the adjacent wall. There is also a sizable rack of winter jackets and cold-weather clothing and tents, sleeping bags, portable stoves, water purifiers and containers for those heading out to do some camping.

“If a person wanted to go on an individual weekend camping trip, we could completely outfit that person,” Ackerson said. “Our policy is that you get one item per WOC card. You could outfit yourself entirely; and your friends could get a WOC membership and come in and outfit themselves. And we could do that for 40-50 people at one given time.  If you wanted to go camping with 40 of your closest friends, we could probably do that.”

Not bad for a 10-dollar membership. For faculty, the charge is slightly higher — 15 dollars — but all membership fees go directly to the WOC fund, which is used in large part to pay for food and drink for events such as Mountain Day and Winter Carnival.

With about 700 new memberships per year, according to Lewis, the WOC fund does not, by itself, provide adequate funds to cover transportation and equipment costs. That is where College Council (CC) comes in, Ackerson explained.

“Money from CC goes to equipment purchasing and equipment repair and maintenance,” Ackerson said. “So College Council does a great job. They support us. They turn student activity fees over to us; we turn it into gear that students can then take out and use.”

Thanks to its large-scale purchases, WOC receives discounts from certain companies. “We do have wholesale agreements with several different manufacturers and outfitters,” Ackerson said.  “Black Diamond, Marmot, MSR, Outdoor Research — there’s a bunch of them — and there’s one that’s just a clearing house and has a whole bunch of gear called Liberty Mountain. We buy most things at a wholesale price.”

Lewis added that the College also has a discount with Orvis, a company that specializes in fly-fishing gear. As a result, the WOC equipment room has a small collection of fishing gear, an activity Lewis plans to expand access to as WOC offers fly-fishing as a P.E. elective.