One in Two Thousand: True Pham ’23 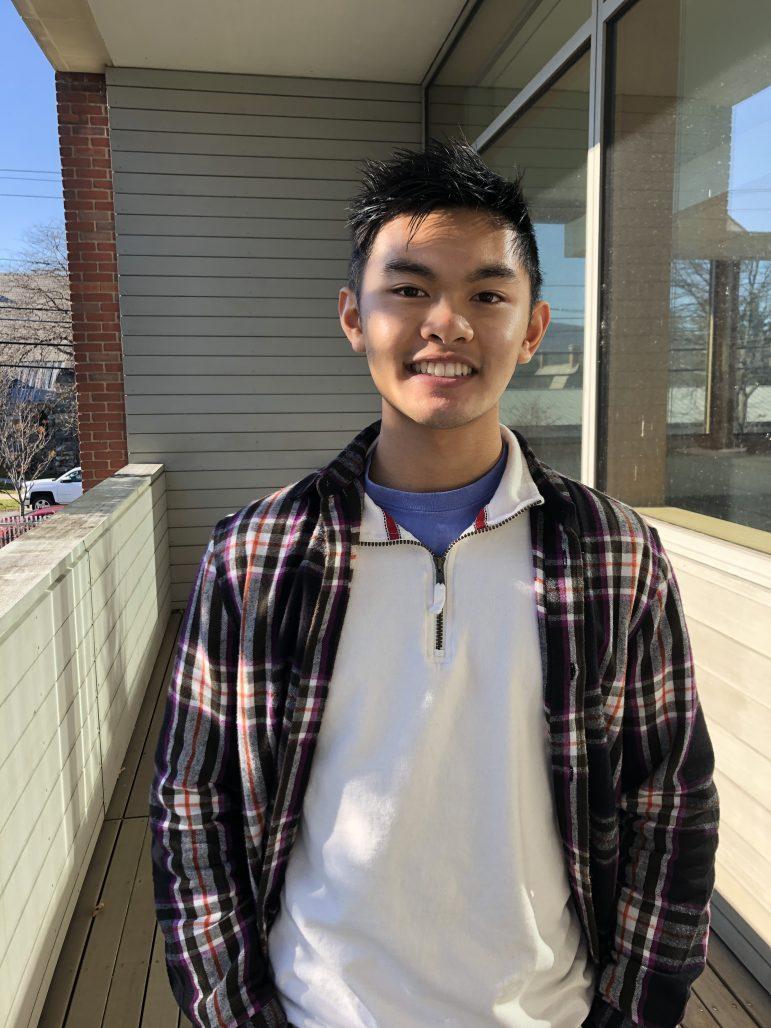 Each week, we randomly select a unix from a list of all current students at the College. So long as the owner of the selected unix is on campus, willing to be interviewed and not a member of the Record board, that person becomes the subject of that week’s One in Two Thousand. This week, the computer (using a very simple script in R) chose True Pham ’23.

What do you do with your free time other than sit for Record interviews?

Right now, I’m on College Council, so I spend a lot of time with that… I was trying to walk onto the soccer team, but on the second day of preseason, I got into an accident. You know how there’s a big hill down to Cole Field? I was longboarding down there, and I just, like, bombed that hill and just died, because like the road is just not good. And I was just going so fast, and I got in an accident. So, I’m sitting out the season.

What was the injury?

It’s OK. But they took me in an ambulance for some reason. It wasn’t necessary, but CSS thought it was necessary.

It was kind of nice. You know, you’re just lying back there, and there was a guy who was patching me up, and I was like, “Well, that’s going to cost a lot of money,” but it’s fine.

Tell me about College Council.

Well, right now, we’re going through a lot of internal upheaval. There [are] a lot of voices, a lot of dissent about the structure and principles of College Council. There’s a large congregation within College Council that wants to abolish it. I personally think that this whole movement behind abolishing it is kind of dramatic. I think abolishment is not necessary. I think we need to reform it. The resolutions right now that are being considered abolish it and then replace it, instead of just reforming it.

I guess they think changing the name is really going to make a large difference, but I don’t think it will. Because I personally think — they say a large majority of the kids here have negative opinions of College Council, that we don’t do anything — I don’t see how changing the name will do much for the structure. But if we actually start getting things done… And I think right now, the current Council that we have — we have a lot of people here, especially the freshman reps, who are really ambitious. I like it. And we all want to make a difference on this campus, and we’re trying to lead projects. I think a greater momentum behind these projects will improve College Council in the light of the campus opinion.

Changing gears entirely: Do you believe in extraterrestrial life?

I do believe that there is extraterrestrial life, because I think it’s just improbable that with the amount of space out there and stuff out there, there is not some life out there. [To] extraterrestrial life that’s supposedly been here and been witnessed, all those conspiracy theories and whatnot, I’m not sure what to make of it. I just think it’s amusing. But I don’t quite believe all of it. I don’t really give much thought to it. Yeah, just for entertainment, it’s cool.

If you could take only one more class at Williams College, what would it be?

A big thing here that they emphasize as important [is] tutorials. I guess I would take a tutorial. Oh, there’s a really cool tutorial called The Video Essay. It’s like a film analysis class, but it’s a tutorial, and you do video essays to analyze film. I think I would take that if I could take only one more class, because I like film, but I also am really curious about the whole tutorial aspect of Williams.

What are you thinking of majoring in?

Well, right now, I’m still leaning towards like a political science or political economy major. I did like physics a lot in high school. It’s a bit more challenging here. I’m not taking another one next semester, because it wasn’t working with my schedule. But if I do take one, I would consider it.

I really enjoy helping people, in general, and more specifically my community. I feel like a career in politics or public policy or maybe law is a really efficient way and a really good way to help the community at large. And I do enjoy the politics and all. I think it’s very fascinating.

Would you ever want to run for office?

I know it’s still early, and this is rather putting you on the spot, but what would be your campaign slogan?

I mean, my mind immediately goes to when I ran for student council freshman year. My name’s True Pham. It’s very punny. So, this was also the slogan for this year’s [campaign]: “Join the Phamily.”

Yeah, of course. It’s classic. Yeah, I think I’d do that. It’s very inclusive. That’d be my pitch.

Any final words for your constituents, current and future?

I’ll say this to my current ones: I’m really working hard on getting a water-bottle filler for the Sage dorm. We’re going through some bureaucratic red tape right now, but I’m persevering. I’m also going to try to get lights on the walkways, so at night, between buildings, it’s [safer]. And also, maybe heated walkways — real bougie right there.