College releases draft of stricter guidelines for animals on campus 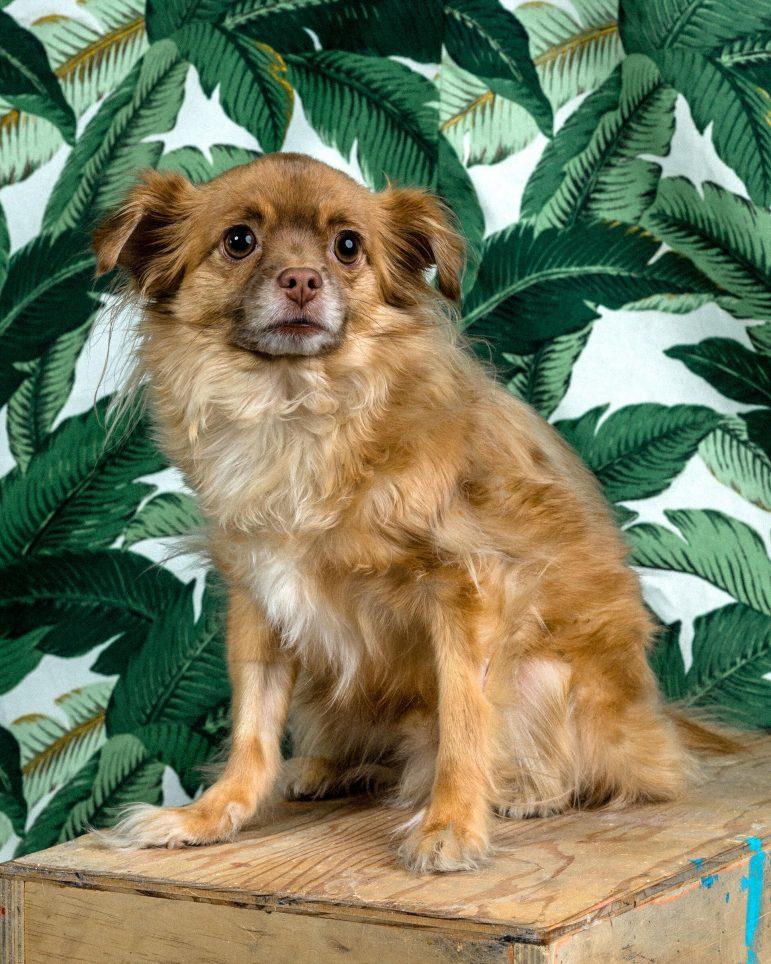 Alfie, who lives on Hoxsey Street, is among the pets who would be affected by the proposed rules. (Photo courtesy of Hannah Stone.)

The College released a draft of new guidelines for on-campus animals on Thursday, Oct. 24 that would require CSS registration for all animals on College grounds and prohibit non-service animals from certain campus locations. According to a daily message announcing the release of the draft, the aim of the changes was to “help set clearer expectations regarding the presence, care and supervision of animals on campus.”

The process of formalizing guidelines for animals on campus has been ongoing for over 18 months, according to Matthew Sheehy, associate vice president for finance and chair of the enterprise risk management (ERM) committee, which spearheaded the creation of these guidelines. The ERM committee is responsible for mitigating risk on campus and handling the College’s compliance with various municipal, state and federal regulations. The review process consisted of stakeholders ranging from faculty and staff owners of pets and support animals to the office of accessible education, campus safety and security (CSS), facilities, safety and environmental compliance and President Maud S. Mandel and her staff.

Dave Boyer, director of CSS and a member of the ERM Committee, indicated that the guidelines previously in place had become significantly out of date. “Having been at the College in CSS for 31 years, I have been in a position to receive complaints and mediate many disputes involving animals on our campus,” Boyer said. “The old guidelines were at least 15 years old and needed to be re-written to address new situations and concerns.”

Sheehy agreed with the need for a change, explaining that a series of questions raised over the years led to the conclusion that a conversation was warranted. Prior to this new set of guidelines, rules regarding animals on campus were generally implicit and not strictly enforced. Pet owners were often uncertain of where their animals were allowed, and individuals who were made uncomfortable by the close proximity of animals had no clear avenue for raising their concerns. “As those things began to add up, people said: maybe it’s time for us to have a more formalized structure that sets expectations, but also allows for folks who are uncomfortable to have a process to raise their hands,” Sheehy said.

The office of accessible education has also played a key role in the establishment of these guidelines. G.L. Wallace, the director of accessible education, explained how the guidelines were based on the pre-existing rules governing emotional support animals on campus. Wallace said his primary concern is recognizing the rights of all students, regardless of whether they feel comfortable with animals. “While pet owners tend to be pretty confident in the lovability of their companion, not everyone shares that experience,” Wallace said.

Wallace clarified that, while most faculty asked their students whether they were comfortable with animals in class, “the power asymmetries…are such that that might not be the best way to ascertain whether having an animal in a class creates a problem for a particular student.”

As stated in the draft, animals must now be registered with CSS in order to assist with locating the animals in the event of an emergency. Registration involves completing a form and providing proof of meeting municipal registration and vaccination guidelines. While animals may be off-leash when in private rooms if sufficiently fenced in, they must otherwise be on-leash  while on College property. For now, dogs are the only animals permitted to be brought into offices and common areas.

Under the guidelines, however,  no animals would be allowed in classrooms, laboratories, health facilities, food establishments or indoor athletic complexes. The College additionally reserves the right to ban an animal from campus if it displays dangerous behavior.

Colin Adams and Julie Blackwood, both professors in the mathematics and statistics department, are among the many faculty members who bring their animals to campus. Adams, whose office hours are often supplemented by his dog Rusty, expressed that the guidelines seem reasonable for the most part, though “it is too bad that [animals] would be barred from classrooms.”

Although Rusty does not come to class, Blackwood’s beagle, Sadie, does. Blackwood explained, “At the beginning of the semester, I always tell my students to let me know if they have any issue whatsoever with dogs – no questions asked – and if they don’t, then I bring my dog to class. I find that students really like having Sadie around because they often miss their dogs at home and it’s also a great stress reducer. If dogs are no longer allowed in class, I’m sure my students will miss Sadie’s occasional loud snores that may or may not be indicative of how my lecture is going!”

Adams agreed on Sadie’s behalf, saying that “under those circumstances, it is unfortunate that this way of making students look forward to math class every day will be disallowed.”

Summer-Solstice Thomas ’20 said she spends time with a professor’s dog for a few hours each week and has considered getting an emotional support dog. “If [dogs] were no longer allowed so freely on campus, it would really impact me negatively,” she said.

Ethan O’Connell ’20 often walks dogs and dog-sits for professors. “I understand and respect the need for additional guidelines. Ensuring that all members of our community feel safe on campus is important, and not everyone is comfortable around off-leash dogs,” O’Connell said. “At the same time, I worry that these new guidelines unfairly impact responsible dog owners; from my understanding of the situation, it is just a few poorly-trained dogs that are causing problems.”

O’Connell added that he hopes the College can amend the guidelines to include electronic and wireless leashes. “In their current form, these guidelines mean that dogs will no longer be able to run around and play with students throughout campus.”

“The feedback that we’ve gotten so far has been wonderful, but by no means do I envision this being a policy that we chisel into stone,” Sheehy said. “I think it’s a living, breathing document – that’s why they’re called ‘guidelines’ – so we can live and learn from it… We intend to go back and review this on a regular basis.”

“We want everyone to feel safe while they’re on campus,” Sheehy continued, “and everyone brings different experiences to that. We want to create an environment where everyone understands the ground rules by which animals exist on campus.”