Miguel A. López to speak on queer artistic interventions 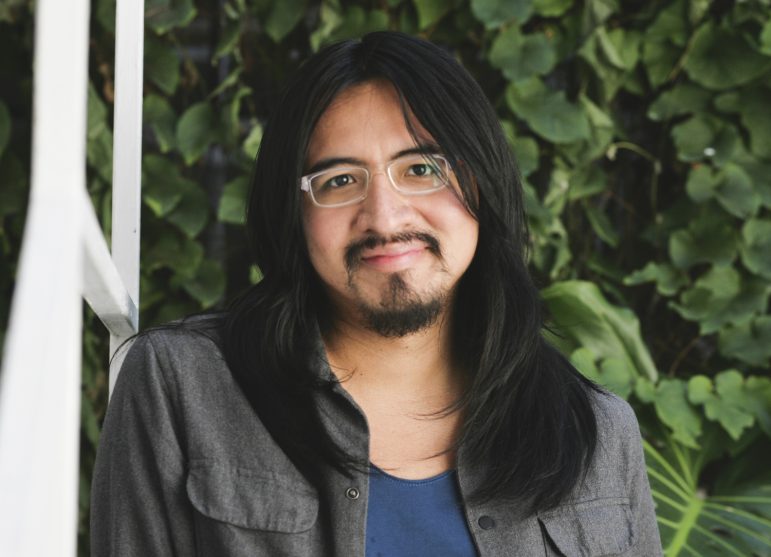 An internationally renowned curator whose work focuses on queer artistic interventions is delivering a lecture at the College next week.

Miguel A. López, co-director and chief curator at TEOR/éTica in San José, Costa Rica, will speak on Nov. 6 at 6 p.m. in Lawrence Hall 231. López is known for his work exploring “queer rearticulations of history” from the perspective of individuals in the Southern Hemisphere.

Assistant Professor of Art Mari Rodríguez Binnie led the effort to bring López to campus; the event is sponsored by the art department, with additional funding from the Williams College Museum of Art (WCMA), the Center for Foreign Languages, Literature and Cultures, the Williams Graduate Program in the History of Art and the Pallais Fund. Although some of López’s academic publications are written in Spanish, the lecture will be delivered in English.

“In his work historicizing queer and feminist interventions, he shows the alternative versions of history that these can open,” Binnie said. “He’s done this through many different types of projects, which I think is interesting for students and for attendees at large to see in practice.”

López’s lecture will focus on the life and work of his late friend Giuseppe Campuzano, a Peruvian artist, activist, drag queen and philosopher. Campuzano, who died in 2013 at the age of 44, was best known for launching the Museo Travesti del Perú (Transvestite Museum of Perú) in 2004.

The nomadic museum was exhibited in its entirety for the first time in 2015, when López curated an exhibition for Galerie de l’erg in Brussels, Belgium. López has written extensively about Campuzano and the museum, which he described in an academic article as “an attempt at a queer counter-reading and promiscuous intersectional thinking of history.”

“Campuzano devoted his work to tracing the histories of transvestism and transvestite aesthetics in Perú,” Binnie said. “And he also traced historical and political discourses on sexuality and gender in Perú and importantly, the intersections of these with race and class, which are dimensions that he felt more mainstream, Anglo-inflected, queer theory often neglected. So Campuzano, through radical performances, research and publications, exposes these gaps in race, gender and class in official discourse and in official histories of Perú.”

In a July 2014 essay memorializing Campuzano for the Guggenheim UBS MAP Global Art Initiative, López writes, “Exploring the artistic and political legacy of the philosopher, drag queen, and activist Giuseppe Campuzano means entering into a debate about the politics of representation and memory of the transvestite body. His performances, interventions and writings fracture the space that privileges heterosexual subjectivity and redistributes the power it has always wielded to construct hegemonic histories.”

Due to the close personal relationship between López and Campuzano, attendees should not expect a traditional academic talk, according to Binnie. “The tone will actually be much more of a personal address,” Binnie said. “I would say that this kind of talk also offers a different mode of performing the work of art history.”

The art department has wanted to bring López to campus “for some time now,” Binnie said, but experienced trouble coordinating a visit due to López’s busy schedule. López curated a critically acclaimed exhibition on Chilean artist Cecilia Vicuña that opened in May at Witte de With in Rotterdam, Netherlands. He also recently published an anthology, Ficciones disidentes en la tierra de la misoginia, which investigates Latin American artistic practices in the 1970s that confront misogyny and homophobia.

“Professor Chavoya’s exhibition is certainly a paradigmatic example of how we can look to queer interventions and how they open these alternative versions of history that we must reckon with and take into account,” Binnie said. “I feel that Miguel’s work works in parallel to a show like Axis Mundo. They may not work with the same artists or the same geography – there are some overlaps – but more than anything, it’s a conceptual parallel that we see as very productive. This type of scholarship, looking into these queer interventions, really puts us at an important juncture of art history that we have to recognize.”

Binnie expressed hope that López’s visit would highlight connections between his contributions and Chavoya’s. She believes the lecture topic, Campuzano’s work, can start to get viewers to think about queer artistic expression in a way art history does not often address.

“It shows a case study that normally we do not get access to in the field of art history,” Binnie said. “[Art history is] still dominated by cis narratives, and something like Campuzano’s work shows the richness that there is in looking to queer artistic interventions.”