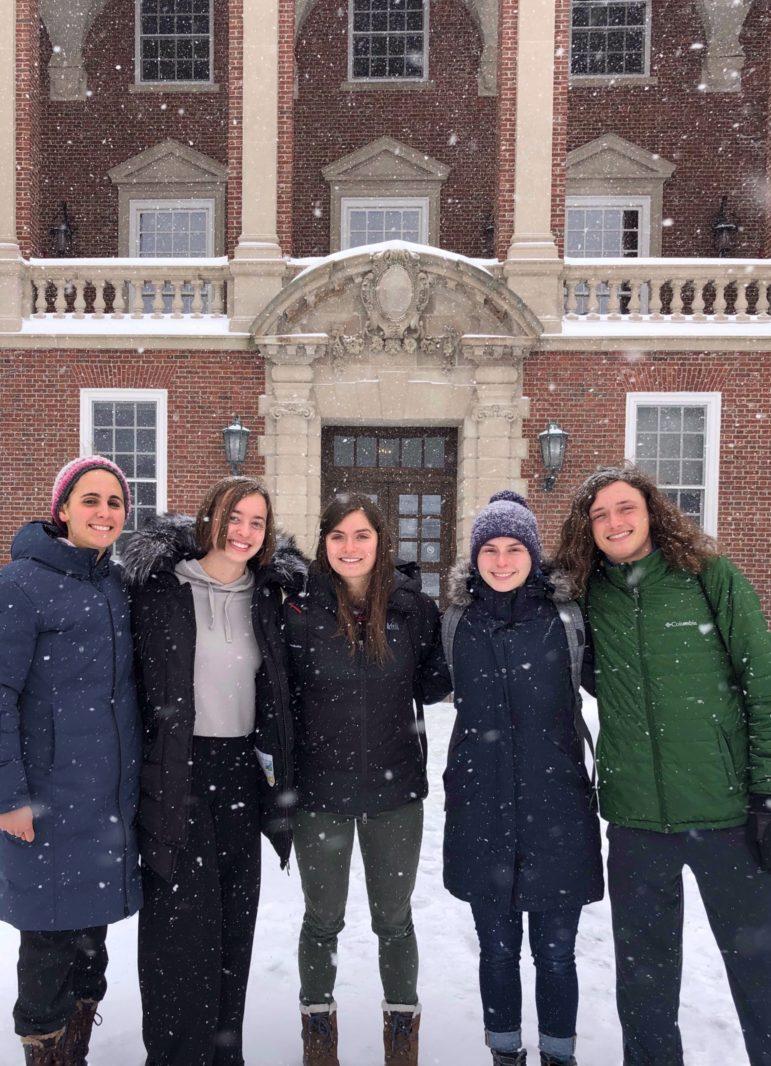 “I just like to think about stuff,” says Grace Dailey ’22, shrugging as we finish our slices of pumpkin pie. Dailey is many things – a cross country runner, a movie-lover and a proud Californian. Most recently, however, she is the founder of Sawyer Thoughts, a new blog for Williams students to share “deep thoughts and meaningful content.”

The blog is a collaborative effort – Dailey and nine other curators developed the aesthetic and content of Sawyer Thoughts in a Free University course. Dailey’s inspiration for the blog in both name and content was the Reddit thread “Shower Thoughts,” which chronicles “miniature epiphanies.” A quick look at the Sawyer Thoughts website reveals that the epiphanies curated by Dailey and her team range from the miniature ones of its namesake to more profound thoughts. On the homepage, one can find takes on the value of minimalism as a design aesthetic and posts with essay-like titles, such as “Avengers: Infinity War and the Trolley Problem,” alongside links to Daft Punk songs. A personal favorite page is the “Jokes” section, curated by Max Chayet ’22. It contains humorous bites, such as: “What did the fish say when he ran into the wall?” “Dam.”

In some ways, Sawyer Thoughts is similar to the campus-centric social networks that have preceded it, including YikYak and Jodel. YikYak, a popular mobile app that allowed users to share content anonymously with other users in a 5-kilometer radius, shut down in 2017 following numerous incidents of cyberbullying and hateful speech on the app. YikYak has found a tentative replacement in Jodel, a German app with a nearly identical function, which has enjoyed relative success amongst users at the College. Unlike YikYak and Jodel, however, content posted to Sawyer Thoughts is not anonymous.

“It’s for accountability,” Dailey said. “Yeah, the posts on Sawyer Thoughts are associated with your name, but you always think people care more than they actually do.” The long-form content of Sawyer Thoughts also differentiates it from Jodel, which is primarily used for crass quips.

Though different in character, hyperlocal platforms like Jodel and Sawyer Thoughts both provide an interesting look into the changing nature of social networking. While early social networks like Facebook and MySpace emphasized their ability to connect people across physical distance, hyperlocal networks focus on connecting people who are already in close proximity. The underlying assumption of these networks is that we rarely hear the real, unfiltered thoughts of those we are closest to – and we ought to listen.

“There’s always cool-looking people around me, and I wonder what their stories are, but I don’t want to distract them from their work.” Dailey said. “Hopefully Sawyer Thoughts will create an online space for interaction and discussion.”

“English class is my favorite, but I wish Williams had even more discussion in a non-graded setting,” Dailey said. “We want to get people to stop thinking about the grind and let them take a step back from everything to appreciate Williams as a place to learn, develop deep relationships and have conversations about everything under the sun.”

Getting people to stop thinking about the grind may be easier said than done, however.

“Most of our curators and contributors are first-years at the moment, although we do have the amazing Teiheim Edwards ’20, who is really making all of this happen,” Dailey said. “It’s also been tough to figure out whether we want to have a theme, or if we want to have stricter guidelines on what content is or isn’t allowed – mostly, we’re deciding whether to keep it apolitical.”

At the end of the day, Sawyer Thoughts epitomizes the ideal of liberal arts – free-form discussion, sharing and learning – and provides a space for students to find intellectual stimulation outside a formal classroom setting.

“Your thoughts don’t have to be fully formed yet to contribute.” Dailey said. “If you think something is worth saying, someone else probably thinks it is too.”