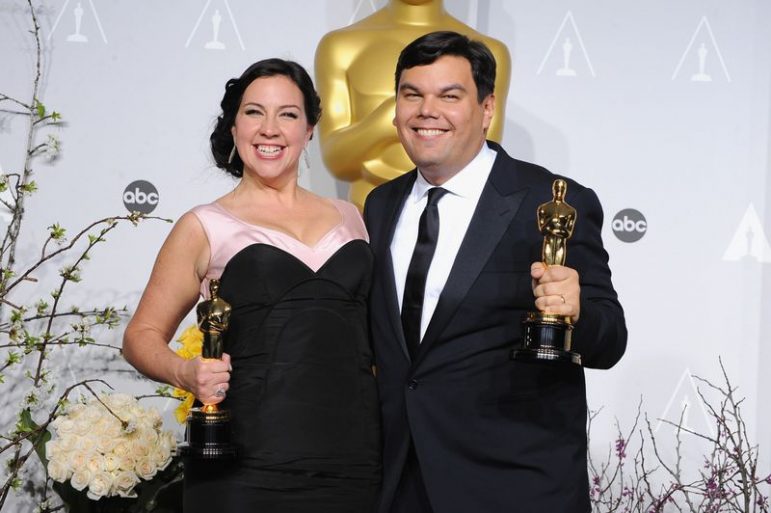 With Frozen 2 coming to theaters on Nov. 22, many of us are looking back on our middle school years, when Frozen made its debut. While we all know the soundtrack – you might have even belted out “Let It Go” with friends or sang along to the movie – what you might not know is that Kristen Anderson-Lopez ’94 and her husband, Robert Lopez, co-wrote it. Anderson-Lopez credits her time at the College for a portion of her musical career and success.

“My time at Williams laid the foundation for all of my work,” Anderson-Lopez said. She cited a feminist literature course and a music history course, as well as her psychology and theatre majors, as integral to her understanding of emotional stories and character arcs, which were important when writing the music for Frozen and Frozen 2.

Specific opportunities at the College such as tutorials and participation in a capella (Anderson-Lopez is a former Ephlat) also influenced her work on the Frozen series. “Certainly my tutorial about clinical approaches to family in crisis with Laurie Heatherington played an impactful role in the Frozen and  Frozen 2 story room,” Anderson-Lopez said. “My experimental theatre work with Tina Sheppard was eye-opening about the way an ensemble works as a connected, breathing organism. And my time singing in the Ephlats is something I use as I build every demo recording with my husband.”

When asked what it is like to work with her husband on these big projects, Anderson-Lopez replied, “To truly answer this question, I’d have to write a book — and maybe I will someday.”

The musical power couple has great days as well as hard ones. “At its best, when Bobby and I are working in a place of flow and imagination, it’s like the greatest childhood playdate ever,” Anderson-Lopez said. “At its worst, it can look like two stressed-out, desperate egos who have lost all perspective because they are operating under the fallacy that if they make the wrong creative choice everything in their lives will fall apart and nobody will love them.”

Writing does not always come easily, even for professionals like Anderson-Lopez. “The shocking truth about what we do is that no matter how many songs you’ve written, no matter how many awards you’ve won, every song is like learning to write a song again,” she said. “We have to start with who is singing, why they have to sing and what they will discover or decide by the end of the song.” She additionally referred to alum Stephen Sondheim ’50, quoting a motto of his, “Content dictates form.”

The process for writing was also complicated. Anderson-Lopez and her husband attended hours upon hours of meetings with their collaborators at Disney Animation to discuss the story and characters in the movies before getting started on writing the music. “We then bring that information to the piano and the blank page, get into ‘beginners mind’ and start sketching lyrics or tunes,” Anderson-Lopez said. “Once we find a lyric or a melody that feels right for the moment we follow our gut and build the song bit by bit.”

Many exciting things were happening all at the same time for Anderson-Lopez and her husband. Sometimes, they struggled for adequate face-time with their colleagues when writing for Frozen 2. “We were all simultaneously adapting the original Frozen into a Broadway musical for the stage, our collaborator Jennifer Lee was promoted to chief creative officer of Disney Animation, [and] we lived on separate coasts in separate time-zones and we are all raising children,” Anderson-Lopez said.

After this incredible feat, it’s exciting to imagine what’s next for Anderson-Lopez. When asked if she had any dream projects in mind, she replied, “We have a few dream-projects in the works right now.” She can’t announce any of these yet, but is excited about what is coming up for her and her husband.

Anderson-Lopez looks back on her time at the College very fondly. She said, “I must confess, a dream project of mine is creating an artistic retreat in the Purple Valley. Someday. . .” Perhaps Williamstown can look forward to Anderson-Lopez’s return in the future.