One in Two Thousand: Sydney Pope ’22 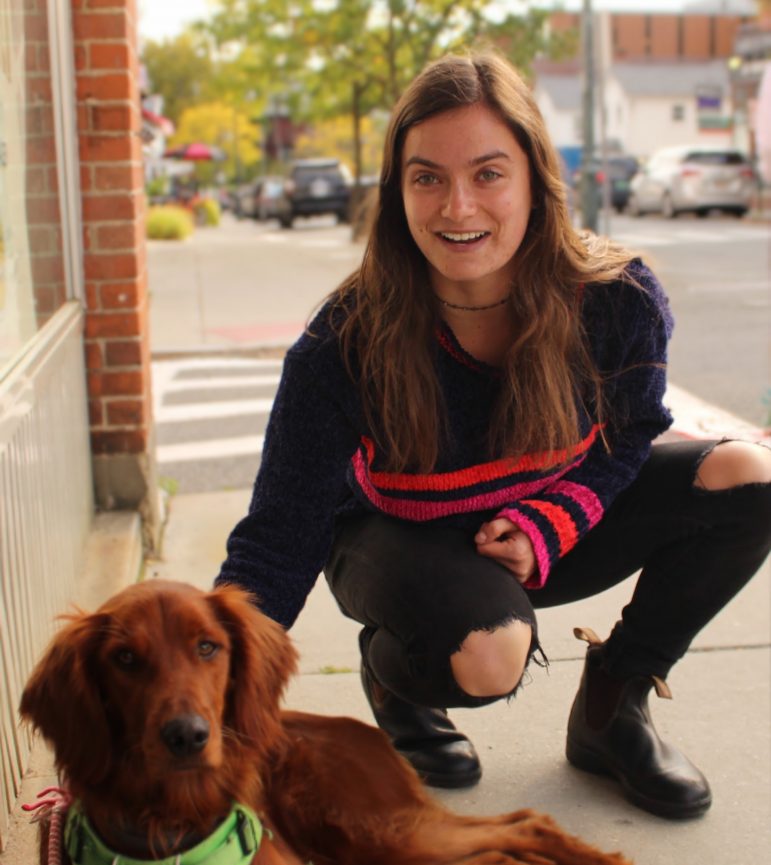 Each week, we randomly select a unix from a list of all current students at the College. So long as the owner of the selected unix is on campus, willing to be interviewed and not a member of the Record board, that person becomes the subject of that week’s One in Two Thousand. This week, the computer (using a very simple script in R) chose Sydney Pope ’22.

SP: It’s great! Last year, I was obsessed with the group. I went to all the performances, and I’m just in awe of them, so it’s really weird to be on the team. But also, it’s just been great to start dancing again. I stopped in middle school because I wanted to try team sports, and I never went back to it. And it’s something I regretted. So, getting back into it has been amazing — and also the people on it. It instantly feels like a family, and they’re all insanely welcoming and hilarious, and I just laugh every time we have practice.

IL: What are some funny stories from practice?

SP: One time, a member of Kofa burped in the middle of practice, and I lost it.

I almost had to leave. I couldn’t stop laughing, and then the drill sergeants thought I was laughing at them showing us the drill. And I tried to explain in my weird way, “No, I’m laughing at something else,” but it didn’t go well. But it was hilarious, and every time I think about it and I see her I almost lose it. Yeah. Good times.

IL: I heard a rumor that you had an interesting first day of ninth grade.

SP: Oh, baby. OK. So, yes. Ninth grade. No, it wasn’t ninth grade! I’m sorry — it was eighth grade. That makes it a little better, but it’s still rough. Who knows why I decided to do this. So, my mom is pretty kooky — I love her for it. She has a lot of random gadgets, and she had a musical tie that I thought was very fun. I wore that musical tie to the first day of school.

In a lot of classes, while the teacher was getting the syllabi and passing them out and there was a moment of silence, I would just randomly start to play it. And people would laugh. So, it was mostly funny. Definitely people were not laughing with me — definitely at me — but that’s OK. People still talked about it throughout the years, so it was one of those fun things.

IL: Was it kind of like a piano? Did it play one song, or could you play your own?

SP: It had keys and notes, and you could play whenever you wanted. It’s pretty cool.

IL: So, you’re from New Mexico. What’s it like? How is it different from Williamstown?

SP: I’m from Santa Fe, the capital. It’s funny — I was explaining to someone the other day about how most of Santa Fe architecture is adobe, so all of our houses and buildings are made of mud, basically. It’s like dirt, clay and straw, and architecturally it looks starkly different from Williamstown. But it was a great place to grow up… It’s a very artsy, kind of groovy town. We have a lot of random traditions that are really fun. Like, have you heard of Zozobra?

SP: It’s this 50-foot marionette that is built every year during fiestas, during the fall. All of Santa Fe can put in grievances from the past year or things that they want to do differently or things that they just want to forget about the past year. And then you put it into this massive marionette and then it burns and it wails and makes this super loud noise that you can hear all across town. The entire town goes there — I think last year we had like 55,000 people. That’s just a random Santa Fe thing.

Then, during Christmas, we have the Canyon Road Walk. It’s lit by farolitos, which are these very Santa-Fe-esque lights in a paper bag with sand in them… Even though you’re in a small city and you feel like you know everyone, there are these events that make you feel a lot more connected to the rest of the world, and a bunch of other people come to Santa Fe from around the world. I definitely miss it a lot when I’m here. But I also like being here. It’s cool to have close communities that are similar but really different in ways.

IL: I’m still stuck on the musical tie: Did you ever wear it again?

SP: I did not. But my junior year, I had another bizarre accessory. Because I had scoliosis,  my doctor and my parents gave me an ultimatum. They said, “You have to get a rolling backpack.” And I was petrified, because I thought there was a stigma against people who carry rolling backpacks and that they weren’t thought of as cool. Even though that’s a whole other conversation — they are cool. Just saying. And also, they’re going to be so much better off down the line than everyone who’s carrying around these bricks. [Gestures to her non-rolling backpack.]

Anyway, I figured, if I had to get a rolling backpack — if I’m going down, I might as well go all out. So, I got a panda bear rolling backpack from PB Teen, and I monogrammed it, “Back off.” I was so scared the first day. I was just mortified to walk into school. But then the backpack became a force around campus. People knew it. A group of people in my history class named it “Squeege.” I was like, “I don’t know what that means, but OK.”

I actually wrote my first draft of my college essay about Squeege and about the lessons that I learned from him. I didn’t ultimately do that one, because my college counselor thought it was a little — what was the word she used? Juvenile.

So, I didn’t do that one, but I worked really hard on it. It was about all the lessons that you can unpack from Squeege. About conformity and going against the tide and whatnot.

But anyway, Squeege was legendary. Squeege, sadly, broke the last day of classes. It was so poetic. Squeege definitely helped me get through junior and senior years with a sense of humor and not taking myself too seriously.

SP: I wish I had, too. You know, I asked my friends, “Is it worthwhile to fix Squeege, to take him into some sort of place where they can fix the wheels and fix the handle?” And they were like, “Not worth it. Don’t bring Squeege. Don’t do it, Sydney. Start fresh.” But I don’t know. I might show up to campus next year, rolling in with Squeege. Watch out. “Back off.”