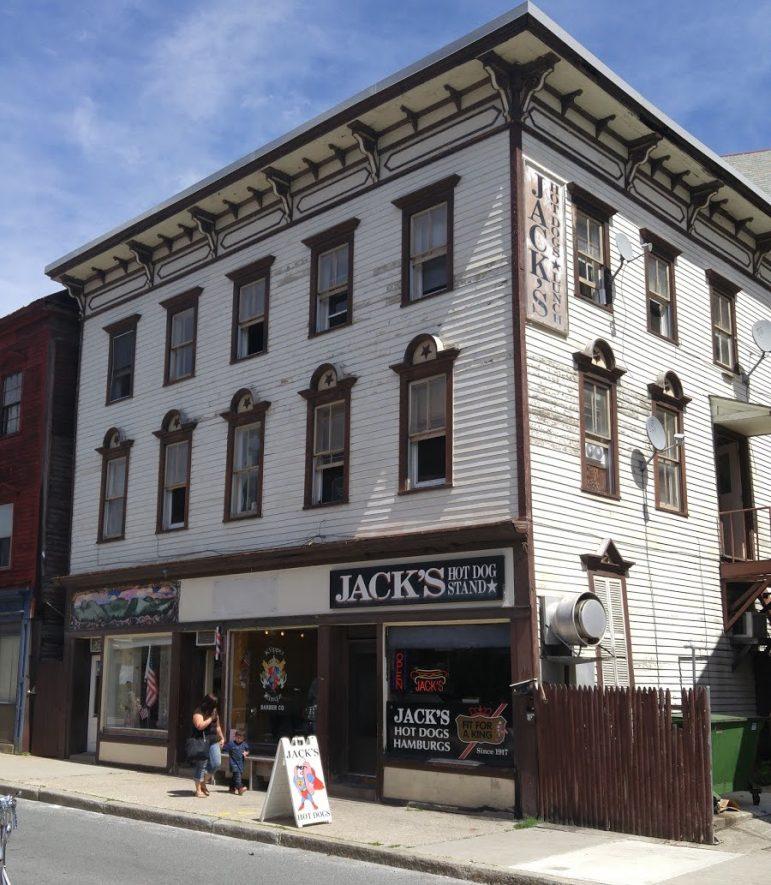 North Adams has a turbulent history. In the late 19th century, the town’s residents relied heavily upon a booming manufacturing sector, later a victim of the Great Depression. The WWII-era and Sprague Electric brought jobs back, but in the 1980s, the factory shut down and the town went, again, into an economic depression. City politicians vowed to reinvigorate the area through a project focused on bringing educational, artistic and cultural energy back: MASS MoCA.

Through it all stands Jack’s Hot Dog Stand, a hole-in-the-wall establishment founded in 1917. Jack’s serves no-nonsense, inexpensive fare and is a living artifact of the area’s changing dynamics. The walls are crowded with photos of its history dating back to the early 20th century and a poster documenting its hot-dog-eating competitions; on some occasions, Ephs have come out on top.

Behind the photos from the past are three wood-plated arcades and a shortcut to the next-door barber. There are not many chairs — Jack’s is implicitly saying, “You’re here for a good time, not a long time” — and the square footage is minimal. The customers sit bar-style across from the cashier and fry cook on chrome stools.

Jack’s is all-American, serving hotdogs, chili-dogs, burgers and fries. Your food comes out fast on a thin paper plate — a greasy, guilty pleasure. Its carb-loaded offerings are prepared in front of customers on a grill often crowded with beef burgers, hot dogs and pork. The service is quick, friendly and Berkshire-proud.

My server told me Jack’s is a vital part of the community; some customers come and stay, to her lighthearted annoyance, for hours. Some form lifelong connections with their stool-neighbors. Some meet their future spouses. But I’m getting ahead of myself. Most just stop by for a quick bite.

Jack’s doesn’t take meal swipes, but its hot dogs won’t break the bank — they’re priced at $1.35, although, unbelievably enough, the hot dogs were five cents in the 1920s.

On your way out, you can buy a Jack’s Hot Dog Stand T-shirt — a souvenir of what is guaranteed to be an unforgettable experience. It is always possible to relive the experience, however, since Jack’s offers free delivery to the College on orders over $20. (That’s a lot of hot dogs, but not with some friends).

You either come to Jack’s because you have read their reviews, which average out to 4.8/5.0 on Google, or you have heard about the legendary establishment from the locals, or you like to dig deep for hidden, side-street food gems, as in my case.

Jack’s is a time capsule back to the prosperous pre-Depression era North Adams. It is a space where blue-collar working-class men and women, for over a century, developed relationships, shared experiences, loved and experienced the great — and the not-so-great — times of North Adams’ past. It is a gateway into Berkshire County’s turbulent history and, maybe, a window into its prosperous future.

North Adams is experiencing a renaissance of sorts, which started with MASS MoCA a decade ago. And it owes its upward climb to local businesses like Jack’s.