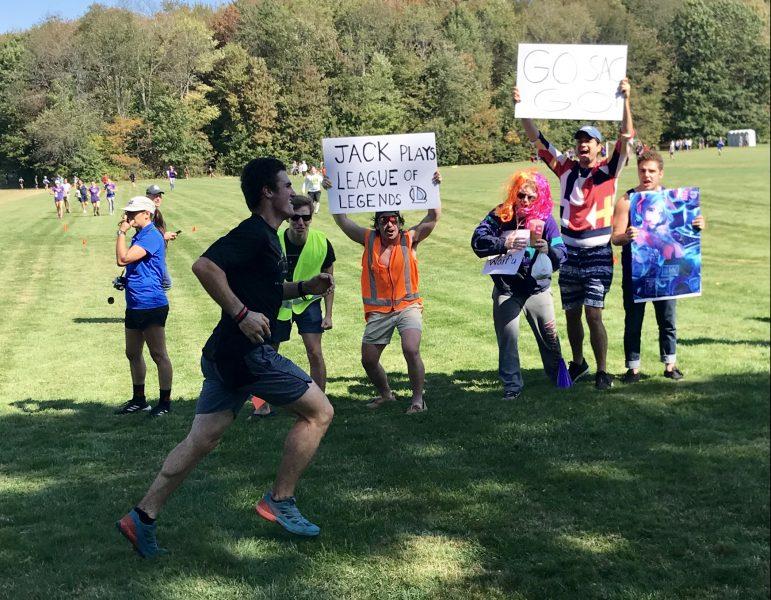 On Saturday, men’s and women’s cross country competed in the the Purple Valley Classic at Mount Greylock Regional High School. The men’s team finished first, with Aidan Ryan ’21 and Will Spollen ’23 clinching first place finishes in the 8k and 5k races, respectively. The women’s team took second, coming in eight points behind Tufts.

Saturday marked the fourth consecutive victory at Purple Valley for the team in the men’s 5k and the team’s first win in the 8k since 2012. In the 8k, the men finished first out of 19 NCAA DI and DIII teams, scoring 31 points, 25 points ahead of second-place MIT.

In the 8k, Ryan secured first place with a time of 26:07.3, 24 seconds ahead of the second-place runner. After the race, Ryan was named USTFCCCA National Men’s Cross Country Athlete of the Week and NESCAC Performer of the Week. Behind him, Will McGovern ’20 finished third in 26:35.4. Kenneth Marshall ’20, Nick Gannon ’21 and Ryan Cox ’20 rounded out the Ephs’ top five, placing seventh, ninth and eleventh, respectively, and finishing within 12 seconds of each other.

The Ephs were even more dominant in the 5k, finishing with 17 points, just two points above the minimum possible score and 35 points ahead of second-place NYU. The Ephs secured eight of the top 10 finishes and were led by Spollen, who won the race with a time of 17:07.0 at an average pace of 5:31 per mile. Caleb Dittmar ’23 and Ben Hearon ’20 were not far behind, finishing second and third within 11 seconds of Spollen.

The women then raced in a 6k featuring the top five teams in New England. The Jumbos won out the day with a score of 60, followed by the Ephs with 68. MIT took third with 72 points.

In addition to achieving the top team spot, Tufts runners were the first two to cross the line, with Sabrina Gornisiewicz winning the 6k with a time of 22:44. Not far behind was Jumbo Danielle Page, running 22:51. Page was followed by Eva Borton ’23 in third place.

Even though the Ephs have enjoyed a fantastic start to the season, finishing first in three consecutive meets, head coach Pete Farwell ’73 emphasized that it’s still early in the season. “There’s still a long way to go until NESCACs and nationals,” Farwell said. “But we’re in good position, that’s for sure.”

The teams will return to competition at the Keene Invitational in New Hampshire this  Saturday at 12:00 p.m..