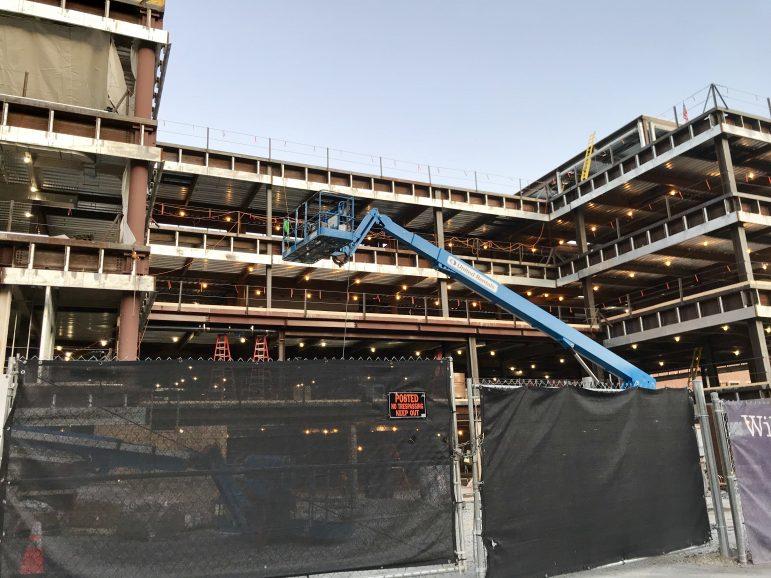 Four incidents of trespassing into North Science Center cause $7500 in damages, prompt new guards on site

In response to four separate documented incidents of students and others trespassing into the North Science Building construction site, one of which resulted in significant damage, Dean of the College Marlene Sandstrom announced in an all-campus email that the College has hired a private security team, which will not be armed, to monitor the zone at night. The College has also installed a number of high-resolution security cameras that can identify individuals entering the site. Additionally, per Sandstrom’s email, the College plans to treat any intrusion during non-construction hours as criminal trespassing, to be handled by the Williamstown Police Department.

The most recent of the documented intrusions occurred last Thursday night — those students were identified from camera footage. According to Director of Campus Safety and Security Dave Boyer, initial estimates pegged total damages at $7,500. For Boyer, these string of incidents are entirely unprecedented and represent a serious risk to student safety. “In my 31 years, the College has never had to resort to protecting a construction site,” Boyer wrote in a message to the Record. “The risk students were taking was shocking, and establishing on site [private security] was necessary to prevent a severe injury or death.