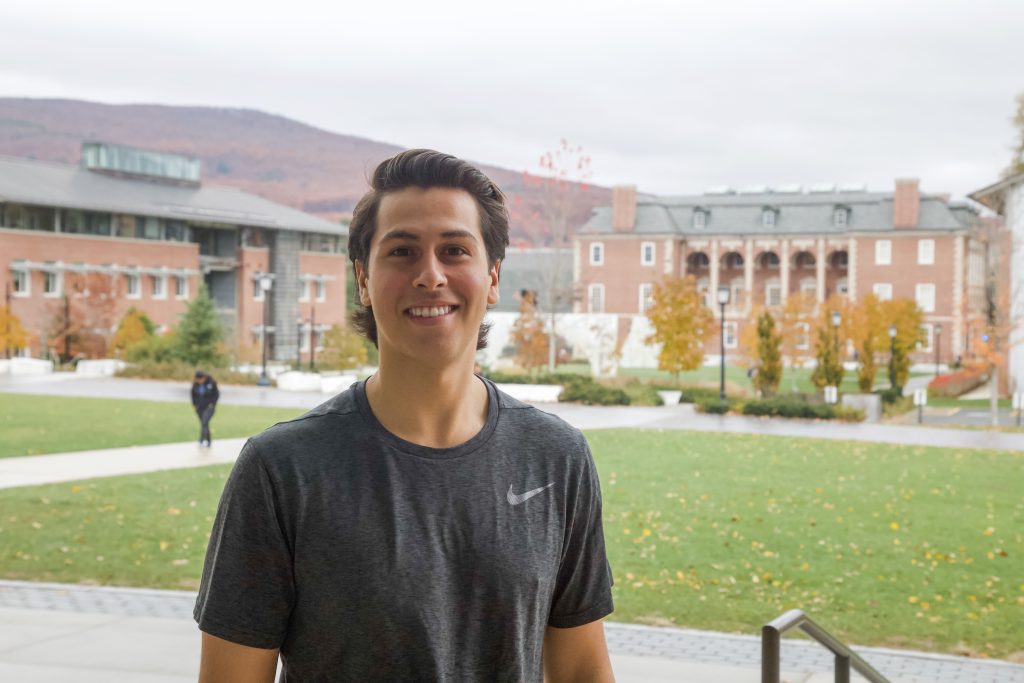 The last few years have ushered in a political landscape that is unlike any other in our nation’s history. Meanwhile, access to news media is constantly expanding: Pew Research Center reported in June of this year that 93 percent of adults get “at least some” of their news online, such as through digitized forms of established news outlets or fresh resources often exclusively available online. These two factors encourage students who want to share their opinions to do so through established digital platforms.

The origins of College Reaction can be traced back to Beschloss’s own attempts to do just that. As a first-year at the College, he wrote several pieces for The Berkshire Eagle, the regional newspaper in the Berkshires, and was surprised by the reaction he received. “I saw readers engaging with my work,” he recalled. Many students find that their attempts to get involved with such publications are dismissed as sophomoric, with very few finding an audience willing to listen to what they have to say.

For Beschloss, that was not the case. “What surprised me was that they weren’t treating me as ‘just a college student.’ It made me realize that there’s an audience out there for college students’ opinions.”

With that in mind, Beschloss set out to establish College Reaction, through which students interested in making their voices heard could contribute to a publication dedicated solely to them. He first recruited through word of mouth, building a small network of students at the College with similar goals in mind. Not long after, he reached out to other colleges, including The University of Iowa, Oberlin and Princeton. “I would read pieces by other writers all over the place, and if it seemed like they had something to say, I’d reach out to try to recruit them.” Beschloss’s search process was made easier by the wealth of eligible writers he found: “Just by being a consumer of well-worded, smart college opinion, you’ll find fantastic input everywhere you look.” There are currently 95 students listed as part of the team.

While the platform continues to publish a steady stream of original pieces, College Reaction’s main focus now lies in a slightly different field. “In fall of 2017, we started to shift into polling and statistics,” Beschloss recalled. He saw the potential in using the organization’s presence at colleges and universities to gather data, and after a few trials, the initiative was a success. “We try to gauge students’ opinions as scientifically as possible, as reliably as possible and on a diversity of topics,” he said. Now, College Reaction provides custom statistics on college students’ opinions to organizations hoping to understand this demographic.

Whether consumers turn to College Reaction for its student-generated content or for its valuable polling insight, Beschloss said the mission of the organization remains the same. “We want to make clear that college students have important, valuable opinions,” he said. Beschloss is dedicated to keeping that principle the focus of his work, even after he graduates in the spring. “I’m planning to keep working on College Reaction even after graduating, but I’ll have to walk a certain line,” he said. “My first priority has to be ensuring that it stays the voice of college students, even when I no longer am one.”

Whatever the future holds, College Reaction continues to fill a niche that no other organization does. For students interested in a place where they can be taken seriously when discussing topics of national importance, there is no better resource.